Anne Fausto Sterling, a professor at Brown University, USA, claims that gender identification starts from birth; as young as 3 months old babies can distinguish between male and female voices and faces and by 18 months, toddlers understand stereotypical symbols: fire hats = boys, dolls = girls. Children look for role models in the world around them and by having positive male and female role models children are able to develop their skills, gain understanding and see the world from different perspectives.   For example, men can be more active when playing with children, incorporating more outdoor and rough and tumble play, giving a different ‘experience' and offering huge benefits for this area of children’s learning and development.
With the changes we have seen in family dynamics, more children are growing up in single parent families, often without a constant male figure around them or sometimes with dad alone. The role of ‘Dad’ can often now be filled by a step father, grandfather, uncle, partner etc.

One of the frequent topics raised when I’m training is whether a man alone is less likely to cope with children in comparison with a woman?  This can get some very interesting conversations going!  Some people respond immediately with negative comments to say that “men are not ‘designed’ in the same way as women to cope with children" that "it all comes back to ‘mothers intuition’”.

So, can men cope as well as women with the challenges children bring? 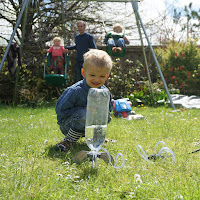 I class myself very lucky to have worked alongside a single dad of triplets. During a very difficult time in this family’s life, following the bereavement of the triplets' mum eight days after giving birth, I was able to see the instant bond that the 3 babies had with their father.  There were a great deal of people supporting in those early months, yet the babies knew and responded to their father over and above all the other adults.  I feel privileged to have been able to continue to follow this family’s journey and see how Dad has works tirelessly to ensure that his children’s every need is met. They are developing wonderfully and it has been great to see the ‘daddy can do’ attitude with this family! (Read more about this family’s story here.)

I have had the great fortune to work with and witness some amazing Dads over the years who have demonstrated effortlessly the importance of the male role in children’s lives.  From the way they talk with their little ones to the life skills they teach them.  The interaction between a dad (in every sense of the word) and their child/ren can be incredibly special to watch.

In addition to the important role dads play in children's lives, Norland would be delighted to see more men in early years. The value of having both male and female role models for children, in all areas of their lives, is so important and never more so than now with society seeing changes to the traditional family structure, for example single parent or same sex families. An increase of men in the Early Years profession would give children more opportunities to learn from positive male role models that they perhaps don’t always have at home.

Wishing all dads, and all male role models, a very happy Father’s Day!
3 comments: Links to this post 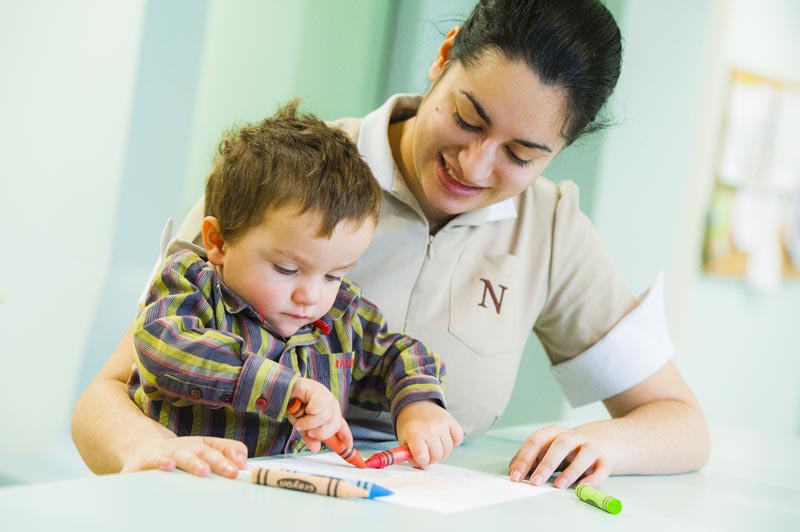